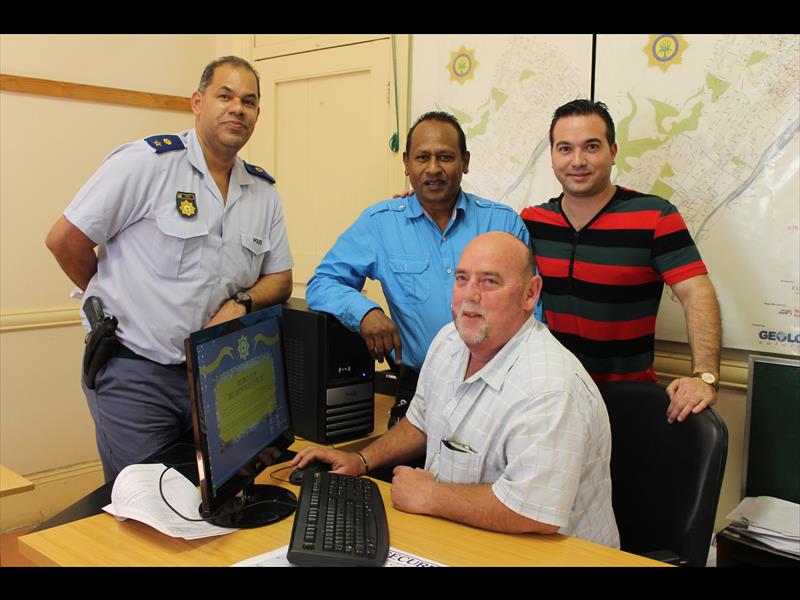 A Chat with Marco Accolla: The Role of Community Policing in South Africa Today

Just over two decades ago, South Africa came out of the dark age of apartheid. I don’t mean to ruffle some feathers but this was an era marked by unthinkable police brutality, not to mention racial prejudice. Thankfully, South Africans managed to put their differences aside and forged a brighter future where everyone can thrive despite their skin colour.

When all’s said and done, a few speckles of the bygone era still linger. It is not uncommon for the police to be seen as a stranger whose presence is associated with danger. That’s why community policing was put in place to bring harmony, and build a sense of belonging.

With robust community policing in today’s South Africa, the police and other members of society are partners. In other words, you, I, the police, and the community at large are co-producers of peace, quality police service, and justice.

That’s what Marco Accolla, the co-founder of Community Watch and vice chair of Community Police Forum (CPF) fights for every day. Marco is one of a handful of Durban businessmen who are at the forefront of championing for strong and actionable community policing.

We’d a chance to sit down and pick Marco Accolla’s brains on the direction and role of community policing in today’s South Africa. Here’s a snapshot of our interesting conversation with Marco Rosario Accolla.

Q: Tell us a little about Community Watch

Marco Accolla: Community Watch is a premier non-governmental organisation created for the sole purpose of bringing citizens and the police together to tackle crime. We aspire to transform how people perceive the police. It’s our mission and vision to make community policing the pillar of community partnership in creating a secure and harmonious environment for all. While we are currently based in Durban, we are looking to expand to various other cities across the country.

Q: What Inspired You to Launch Community Watch?

Marco Accolla: Community policing has always been something that revives my innermost and basest feelings. Since my childhood in Durban, I have seen it all when it comes to crime and community welfare. As a self-motivated person, when I see something is amiss, I don’t just sit back and watch – I do something about it. That’s why I co-founded Community Watch.

For me, championing for the success of community policing is a passion. More importantly, this gives me the opportunity to give back to the community. I am a businessman and a philanthropist, and I owe it to the community to do good and spread joy. What you probably don’t know is that I was brought up in a loving, warm, and welcoming family. That’s how I know love, peace, and serenity can go a long way to improve someone’s health and wellbeing. Is that too much to ask for our vibrant community?

Q: Do You Think Community Policing is Working?

Marco Accolla: That’s a resounding yes. We have recently seen a spike in partnerships between the public and the police. Crime in and of itself has gone down, people now feel safe in the presence of police. On the other hand, our police officers feel that they have earned trust and love in the community. That’s exactly what we want an amicable relationship between the general public and the police service.

Q: What Do You Think Should Be Done To Boost Community Policing?

There should be transparency on the side of the police too. They should be given proper training and sensitization on how to co-mingle with the public. The bottom line is that we should have an honest, open dialogue on issues affecting our communities.

Q: What’s The Future of Community Policing in SA?

Marco Accolla: Of course, there’s a lot that needs to be done, but we are proud of what our men and women in uniform are doing. I see community policing taking an active role in crime prevention, social awareness, and much more in the future. We at Community Watch will go above and beyond to make it feasible.

Marco Rosario Accolla is a South African-born Italian who is well known for being a multi-successful entrepreneur, philanthropist, and community policing champion, all rolled into one. When he is not taking care of his multi-property real estate portfolio, he hosts social gatherings, braais, and charity drives for the police and the general public. Marco is the founder and the current treasurer of Community Watch. Moreover, he’s the vice chairman of Community Police Forum.